Brainstorming use-cases for Jamit.
From this we can create a short-list and then narrow down the ones we should create demos for in the MVP.

Story Jams
We have an awful lot of material to choose from (check out our previous Jamcasts). We’ve done so many of these but should figure out which ones do the best job of showcasing our goals as well as attracting jammers.
Here are some highlights from our prototyping sessions:

I would like to work on the Character Jams more because I think these would have a lot of applications beyond the obvious and we have also developed a really nice proprietary framework involving archetypes and enneagram mappings that help make jammers more productive.

Scenario Planning
Our initial attempts didn’t go so well because we weren’t as well versed in scenario planning techniques nor did we have a clear enough goal at the outset. Nevertheless, I think scenario planning is such a powerful concept that leads to so much good knowledge-sharing and team preparedness that I’d like to spend some more time on this. For those who would like to torture themselves by watching our first attempt using a four-quadrant technique, here it is (Future of Work).

Someone I am talking to in the medtech space has suggested that Jams could be used for crisis preparedness and prevention as well as disaster planning when dealing with future epidemics because you need to have many different agencies and stakeholders involved in sorting out their responses. Also, once a pandemic has occurred, Jams can be used to coordinate the ongoing response, tracing / tracking, education, etc.

Guided Learning
Education in the USA is an industry ripe for disruption because it is increasingly expensive while decreasing (or static) in quality. Remote learning is more important than ever before and good teachers in short supply. I think that there is room for Jams that facilitate learning while testing a student’s ability at critical reasoning and domain knowledge. I see this as a ‘guided learning’ exercise that could be a replacement for exams in that it tests a student’s grasp of the material but also captures (and can be used to guide) their thinking process. So often, I have found that learning how to learn is more important than the material, itself, since the material changes over time as domain expertise evolves whereas learning frameworks and methodologies that can be used to learn many different things are invaluable and stand the test of time.

The results of each guided learning jam can be shared with other students in the class in order to become a knowledge-base that is built up over time, eventually becoming a useful resource for future students. In fact, there are some good examples out there of schools that use an approach where classmates teach one another in the course of completing a project rather than always having the teacher do the teaching. I’m thinking of Gever Tulley’s experimental schools where a group defines a project that involves many disciplines and then the members of the group teach one another to get the whole group up to the same level of understanding along the way. Learning from your peers is sometimes more powerful than learning from teachers because they are closer to your cognitive development level.

We don’t have any examples of this yet. To do!

Another version of guided learning could be “How I Solved…” by mentors to mentees, or a Jam in which one or more people solve a problem together which is recorded for posterity. The idea is that the student / mentee can see how someone else solved the problem by going through their process / methodology in order to arrive at the solution rather than just being told the solution, itself. The purpose, then, is to teach someone how to solve novel problems by applying some kind of framework or methodology. Also, you can see mistakes, false starts, and course corrections which can be very valuable. I found that vicariously learning through someone else’s mistakes could help prevent me from making the same ones, myself.

User Story Mapping
This is low-hanging fruit. There are lots of Jamboard style options out there for software developers. Jira comes to mind but it’s by no means the only one; it’s a crowded space. Nevertheless, our version could make it easier for variations to be worked out, by different teams even, and knowledge could be shared between different collab groups.

I also think it would be interesting to find a way to invite customers / users themselves to participate in the user story mapping project, if we could make it more approachable and delightful, so that it could be a 360 degree process involving companies and their customers.

Ministry of Disinformation
I needed a title, so I’ve used this one but I can do better in time

Take a conspiracy theory - such as Bill Gates using the coronavirus vaccine as a means of implanting microchips in people for population control - and then Jam out how such a thing could be accomplished and why… in a mock serious (yet satirical) way. The more ‘Rube Goldberg’ the better.

This idea came to me after a friend suggested that the antidote to disinformation was “humor not rumor”, as opposed to tackling these ideas head-on in any kind of earnest way. The inspiration here is Taiwan’s use of humor to quash rumors rather than just the facts.

excellent concepts here - and to your Guided Learning point, perhaps Jams can instill an opportunity to teach critical thinking skills to students (something that seems to have gone by the boards for quite some time now). And in addition, educating kids as to why storytelling is so important to make their arguments understood – offering creative use cases and fostering/encouraging collaboration.

I was advising a student yesterday in regards to an essay they had to write. When I was a kid and struggling to write papers myself, my father told me to study how Scientific American magazine structured their articles because they had a very clear and distinct framework that was pretty successful. In their first paragraph, they would roadmap the entire article by laying out the key points and conclusion. The next paragraphs would each be devoted to fleshing out the main points listed in the first paragraph. The last paragraph would summarize (again, like the first paragraph) everything that you’d just read. Each paragraph would also progressively get deeper into the weeds so that non technical people could read the first half and grasp it whereas the technical reader could continue to get the minutiae.

I pointed out the “Magic Three’s” which is my shorthand way of saying that the brain seems to like three’s (3 is a magic number). Tripartite division in architecture. Mind, heart, and soul. The Father, the Son, and the Holy Ghost. And in writing it’s good to stick to three’s. When you want to list things in a sentence, best to keep it to a, b, and c (but no more; stick to three examples). Add more and the mind gets confused. Expository paragraph writing is tight when there are three points made and three paragraphs to flesh out each point.

It seems that we struggle to hold more than three in our head at the same time (most of us, anyways; not talking about Spock, Einstein and the like).

So, going back to this idea of a student Jam, I am imagining an essay Jam where you lay out the whole structure of the essay as a series of cards with prompts in three’s. The student has to add cards that flesh out each part of the structure.

I couldn’t agree more – regarding the “Magic Three’s” in terms of how the brain works, and also about the structure of a well-written story (essay). Having had a mother who was a college English professor, that was drilled into me early on!

Ministry of disinformation should be a section in the newspaper – that sounds like so much fun and a thrill for any conspiracy theory hobbyist, using humor brings great ideas and can plant the seeds for characters and multiple opportunities of direction, it also may help to weed out what is propaganda and what is the truth behind what is going on in certain real-life situations + question who controls and censors what is misinformation and what’s not. For example, the conspiracy theory of people who think the earth is flat, then what happens when you get to the end? Is there a diving board that you jump off and enter into another dimension or can you walk on the other side upside down with a secret society of people living opposite lives of ours. 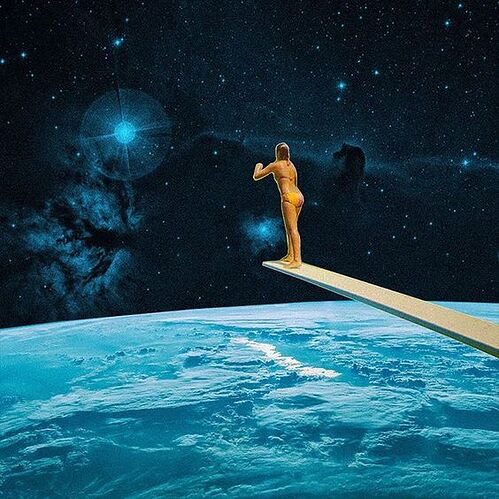 Sean - I concur. Conspiracy theories can be extremely creative. In fact, this might encourage people not to be so lazy as to create ‘shit theories’ but really good ones. For example, whenever I hear some of what the QAnon people say, I think that is very lazy conspiracy-making. That’s like working on a really bad, B-Movie. The plot is cliche. The big reveals aren’t believable. I think we can do better than that.

Meeting Jam
One of the most obvious use-cases only came to me recently. That is to simply Jam while having a meeting in order to get all the participants to follow an agenda, elicit feedback, build a consensus and then have a takeaway document that summarizes what happened (and what was decided on, including a vote, if necessary).

I guess I was so focused on complex Jams that I overlooked the simplest one! You could start a meetings then give everyone the Jam URL. One of you (Jam Leader) could share their screen if they want. Not necessary since everyone is already using their browser to access but if you need to record the proceedings within the video meeting software then you can do it for this purpose.

I was listening to a great BBC show, “The Coming Storm”. In one episode, they discuss how effective QAnon is because it presents a puzzle and asks for the audience to collaborate together on building the narrative. It struck me then how QAnon is like a MUD game. People play it because it’s fun to generate conspiracy theories together. It brings players closer together and they share a common experience and language. They co-create the narrative.

Reflecting on this made me realize that we should definitely do a Shared Research Jam. Invite people to come together and connect the dots. Not specifically for QAnon but because this reflects a basic human behavior - shared myth-making via research and collaboration.

This idea follows on from the Ministry of Disinformation idea (above).

I would like to be a part of the conspiracy theory shared research jam lol - Being a puzzle or game really stimulates your mind to come up with great ideas even if they are completely absurd. The most recent one on my mind is if Aliens are real they are probably shape shifters living among us - maybe to start connecting the dots on that one is asking the question how could someone discover if someone was really an alien/shapeshifter or a clue to tell the difference - I know could have a lot of fun with these